Corona and contracts in the Netherlands

Corona and the effects on contracts under Dutch law 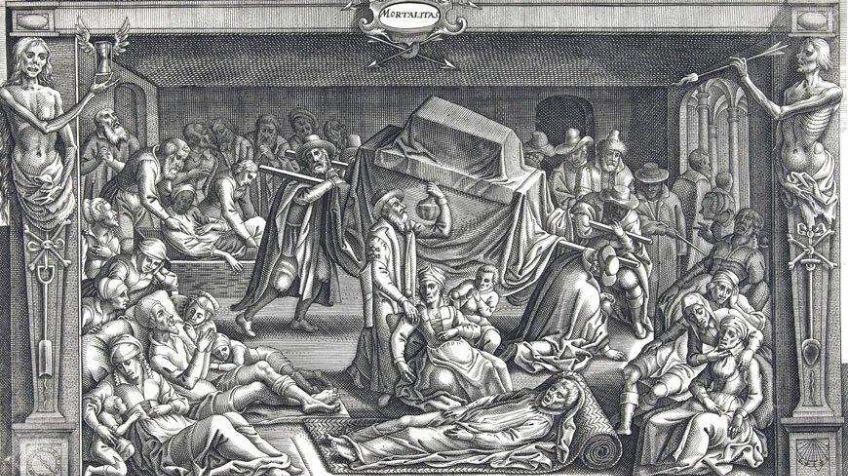 The measures which have been taken by the Dutch government regarding the corona epidemic have impacted the performance of commercial contracts in the Netherlands.

Under Dutch contract law both the corona pandemic and the measures taken by governments (not only by the Dutch government, but also by foreign -non-Dutch- governments) may constitute force majeure. Indeed, recently the majority of legal writers seems to have taken that preliminary position.

Contract performance and force majeure under Dutch law - what is excusable breach?

Article 6:75 of the Dutch Civil Code regulates that specific performance of a contract under Dutch law can no longer be expected in case of force majeure (or: a "non-imputable failure to perform", an "excusable breach"):

A non-performance cannot be attributed to the debtor if he is not to blame for it nor accountable for it by virtue of law, a juridical act or generally accepted principles.

Force majeure under Dutch law due to the corona crisis

Whether or not the effects of the corona crisis would constitute force majeure under Dutch contract law (an excusable breach), will depend on the interpretation of the particular contract at hand and the specific circumstances of the case.

In assessing the legal position of a party to contract under Dutch law not only the express contractual rights need to be considered. Apart from the explicit wording of the contract, a contractual relationship under Dutch law is also governed by the overriding principles of reasonableness and fairness. Depending on the circumstances at hand a contract party is therefore required to take into account the legitimate and reasonable interests of the other party when exercising his contractual rights.

If parties have a dispute about a specific contractual provision, the so-called "Haviltex doctrine" as developed by the Dutch Supreme Court needs to be applied. According to the Haviltex doctrine it is decisive what the parties can both reasonably attribute in the given circumstances to the relevant contractual provision and what they can reasonably expect from each other in this respect. In interpreting a contract under Dutch law one should take note (for instance) of relevant statements made by the parties prior to (and also after) entering into the contract. Apart from such statements also the conduct is relevant in interpreting commercial contracts under Dutch law. This is the case even if the circumstances would justify that great significance is given to the contractual wording used by the parties. An "entire agreement clause" would not automatically change this.

Apart from the contract, also the effects of remedies that may apply in case of force majeure and (or) unforeseen circumstances need to be assessed.

Under Dutch civil law, parties to a contract can deviate from article 6:75 of the Dutch Civil Code. Parties can contractually define when contract performance would be impossible because of uncontrollable events. Indeed most commercial contracts contain force majeure clauses (and a lot of commercial contracts in the Netherlands also contain so-called MAC clauses - "Material Adverse Change clauses").

Such clauses typically regulate the specific remedies that could be invoked under certain circumstances. In case of a force majeure event, the contractual obligor may be relieved from both (i) the duty of specific performance, as well as (ii) the duty to pay damages because of his non-performance.

1. As far as the debtor has enjoyed a benefit from a not attributable non-performance, which benefit he would not have enjoyed if he would have performed in conformity with his obligation, he has to undo, in accordance with the rules for an unjustified enrichment, the damage that the creditor has suffered from his non-performance.
2. When this benefit is a debt-claim of the debtor against a third party, then the debtor may comply with the previous paragraph through a transfer of that debt-claim to the creditor.

Please note: most commercial contracts in the Netherlands give the other party the possibility to terminate or alter the contract in case of non-performance by the obligor due to force majeure.

Under Dutch law, when is contractual performance impossible due to the corona measures?

If there is no contractual clause to the contrary, the parties to a contract under Dutch law can generally claim specific performance, if this is not definitively or temporarily impossible.

But, under Dutch law contract performance shall be deemed impossible in the event governmental corona measures would reasonably preclude this.

Performance of a contract under Dutch law will not generally be considered impossible if the obligor can in some way or form still fulfil his obligations. But please note; under Dutch contract law there is a limit to this; the obligor must make a reasonable effort to perform his contractual duties, but generally is not held to make an unreasoblably excessive and disproportionate effort.

Impossibility to perform a contract due to governmental corona measures?

As mentioned above, the governmental measures to address the corona crisis could legally constitute the impossibility to perform a commercial contract under Dutch law.

But this has to be assessed case by case, for each specific contract.

As a general rule of Dutch contract law, any failure of a party in the performance of one of its obligations under the contract automatically grants to the other party the power to terminate the agreement. Article 6:265 of the Ducth Civil Code reads as follows:

So, the statutory right under article 6:265 of the Dutch Civil Code to set aside an agreement under Dutch law does not require the failure in the performance to be attributable to the obligor. Therefore, this right als exists in case of force majeure.

But, whether or not a party to a contract under Dutch law can indeed terminate (set aside) that contract is wholly dependent on the circumstances and interpretation of the contract at hand.

Article 6:267 of the Dutch Civil Code sets out the ways in which a mutual agreement can be set aside because of non-performance:

Such a termination does not have a retroactive effect - article 6:269 of the Dutch Civil Code reads:

The setting aside of a mutual agreement as meant in this Section has no retroactive effect, except that an offer of the debtor to perform his obligation, made at a moment that the creditor already had brought a right of action (legal claim) to the court in order to set aside the mutual agreement, shall have no effect when the court afterwards decides to set aside that agreement.

An "unforeseen circumstance" should be unforeseen when closing the contract (and not "unforseeable" as such). In different words: parties to a contract under Dutch law shall not have incorporated the possibility of the occurrence of such an event in the contract.

Is the corona crisis a "normal" risk, or an unforeseen circumstance under Dutch law?

Typicall, the Dutch courts have been quite hesitant in applying the remedy ex article 6:258 of the Civil Code, and have generally assumed that certain inherent risks should be borne by commercial parties themselves.

However, given the extreme nature of the current governmental corona measures, the Dutch courts may likely decide that contractual parties are now not faced with "normal" (acceptable) commercial risks. It can generally be assumed that the bulk of contracts under Dutch law does not "foresee" such a debacle. Surely, the governmental corona measures qualify as unforeseen circumstances in the sence of article 6:258 of the Dutch Civil Code.

Application of article 6:258 of the Dutch Civil Code can lead to (i) suspension, (ii) modification or (iii) termination of the contract, or (iv) can give rise to a duty to renegotiate the contract, in order to find a better "balance" in the contractual relationship between the parties and to distribute fairly and reasobly the burden resulting from the unforeseen circumstance (i.e. the corona measures). Article 6:260 of the Dutch Civil Code may be of relevance in this regard:

1. When the court has changed or dissolved an agreement on the basis of Article 6:258 or 6:259, it may set additional conditions in its judgment.
2. If the court changes or partially dissolves the agreement on the basis of Article 6:258 or 6:259, it may order that one or more parties may rescind the agreement entirely by means of a written notification within a period to be set in its judgment. In that event the change or partial dissolvement (dissolution) of the agreement shall not take effect before this period has expired.
3. When an agreement has been changed or entirely or partially dissolved on the basis of Article 6:258 or 6:259, then also the judgment which ordered this change or dissolvement may be registered in the public registers, provided that it has become final and binding or that it immediately enforceable.
4. When a person is summoned to appear in court in relation to a right of action based on Article 6:258 or 6:259 and the accompanying writ of summons is served on him at his elected domicile in the Netherlands as meant in Article 6:252, paragraph 2, then also his legal successors, who have not registered themselves in the public registers as new creditor, will have been summoned by means of this writ. [...]
5. Other legal facts that change or end a registered agreement may be registered as well in the public registers, as far as they are based on a court judgment that has become final and binding, or that is immediately enforceable.

Claiming damages as a result of non-performance due to the corona crisis?

A party to a contract under Dutch law can also seek damages as a result of non-performance. He can do so (i) in addition to termination of the contract or (ii) as an alternative to contract termination.

But in order to do so successfully, the non-performance of the contract must be attributable to the obligor. Otherwise the obligor is not liable to compensate for resulting damage.

Therefore: force majeure relieves the obligor from an obligation to pay damages, and the same would go for unforeseen circumstances.